What are the Most Common Substance Use Disorders in the United States? 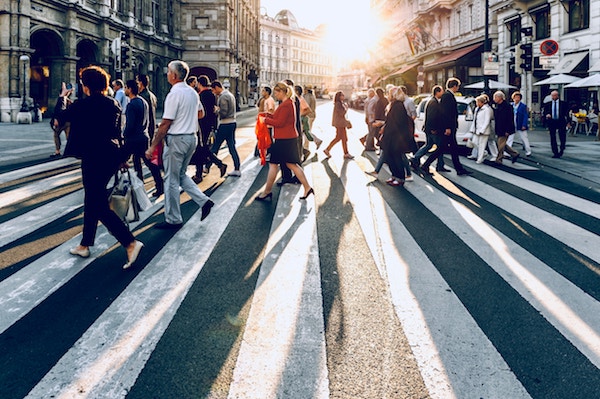 Substance abuse and dependence are combined under the category of ‘Substance Use Disorders’ in the latest edition of the DSM. These occur when the recurrent use of a substance causes health problems, impairment of judgment, interpersonal issues or the inability to meet responsibilities.

According to the Substance Abuse and Mental Health Services Administration (SAMHSA), the most common substance use disorders include alcohol, cannabis, tobacco, stimulants, hallucinogens and opioids.

While education efforts and public policy greatly reduced the number of people who smoke since 1964, tobacco use remains the leading preventable cause of mortality in the United States.

Tobacco use is known to lead to lung cancer, respiratory disorders, heart disease and stroke, among other illnesses, and damages most organs in the body. It was reported in 2014 that those between the ages of 18-25 have the highest rate of tobacco use. Additionally, high rates of use were reported among those living below poverty, American Indians, Alaska Natives, Native Hawaiians and other Pacific Islanders.

Fact: Cigarette smoking is responsible for more than 480,000 deaths per year in the United States, including more than 41,000 deaths resulting from secondhand smoke exposure. This is about one in five deaths annually, or 1,300 deaths every day (Center for Disease Control and Prevention).

While alcohol consumption can lead to uncontrollable intoxicated behaviors and withdraw symptoms, it can also greatly increase a person’s risk of developing serious health problems. Drinking occasionally can alter mood, behavior and coordination without taking a serious toll on one’s health, but overconsumption and excessive drinking can have life-threatening effects.

SAMHSA points to binge drinking and heavy drinking as having more than 5 drinks in one occasion that leads to a BAC greater than 0.08 g/dL- putting one at risk for developing an alcohol use disorder (AUD). SAMHSA points to the following criteria for diagnosing an AUD: problems controlling intake of alcohol, continued use of alcohol despite problems resulting from drinking, development of a tolerance, drinking that leads to risky situations, or the development of withdrawal symptoms. The severity of a disorder is then based on how many of the criteria are met.

Fact: According to the 2015 NSDUH, 15.1 million adults ages 18 and older had AUD. This includes 9.8 million men and 5.3 million women (National Institute of Alcohol Abuse and Alcoholism).

Hallucinogens are known to distort a person’s physical reality and can temporarily disrupt one’s ability to communicate or act rationally – sometimes leading to odd or harmful behaviors. While the short term effects can alter a person’s perception of reality and mood, potentially inducing an ‘out-of-body’ experience, the long term effects of hallucinogenic use can cause respiratory depression, heart rate abnormalities, and symptoms of withdrawal.

Use of hallucinogens among those under 18 has remained relatively low in recent years; however, chemically synthesized hallucinogens are projected to be of growing concern.

According to the National Drug Institute of Drug Abuse (NIDA), symptoms of hallucinogen use disorder include, “craving for hallucinogens, failure to control use when attempted, continued use despite interference with major obligations or social functioning, use of larger amounts over time, use in risky situations like driving, development of tolerance, and spending a great deal of time to obtain & use hallucinogens.”

Overuse of hallucinogens can lead to what the DSM-5 identifies as hallucinogen-persisting perception disorder (HPPD), which is a ‘long-lasting condition characterized by spontaneous recurrence of visual disturbances reminiscent of acute hallucinogen intoxication’. Other effects from overuse of hallucinogens include memory loss, speech problems, anxiety, depression and suicidal thoughts.

According to SAMHSA, “Symptoms of stimulant use disorders include craving for stimulants, failure to control use when attempted, continued use despite interference with major obligations or social functioning, use of larger amounts over time, development of tolerance, spending a great deal of time to obtain and use stimulants, and withdrawal symptoms that occur after stopping or reducing use, including fatigue, vivid and unpleasant dreams, sleep problems, increased appetite, or irregular problems in controlling movement.”

After alcohol and tobacco, cannabis is reported to be the most-used drug in the US. The SAMSHA identifies the short-term effects as distorted perception, difficulty with thinking and problem solving and loss of motor coordination, while long-term effects can cause respiratory infections, impaired memory, and exposure to cancer-causing compounds.

Heavy marijuana use in youth has also been linked to increased risk for developing mental illness and poor cognitive functioning. Some symptoms of cannabis use disorder include disruptions in functioning due to cannabis use, the development of tolerance, cravings for cannabis, and the development of withdrawal symptoms, such as the inability to sleep, restlessness, nervousness, anger or depression within a week of ceasing heavy use.

While the consumption of cannabis is becoming legal in various states, for medical or recreational use, the side effects can cause paranoia and social anxiety. Additionally, when cannabis is sprayed with pesticides and chemicals it is absorbed into the user’s bloodstream. While acute effects are unknown, chronic exposure is linked to a variety of issues, including: respiratory disease, neurodegenerative disease, diabetes, birth defects, fertility & reproductive problems, and various forms of cancer.

Fact: In the past year, 4.2 million people ages 12 and up met criteria for a substance use disorder based on marijuana use (Substance Abuse and Mental Health Services Administration).

Opioids reduce the perception of pain but can also produce drowsiness, mental confusion, euphoria, nausea, constipation, and – depending upon the amount of drug taken – can depress respiration. Illegal opioid drugs, such as heroin, and legally available pain relievers such as oxycodone & hydrocodone can cause serious health effects in those who misuse them.

Some people experience a euphoric response to opioid medications, and it is common that people misusing opioids try to intensify their experience by snorting or injecting them. These methods increase their risk for serious medical complications, including overdose.

Other users have switched from prescription opiates to heroin as a result of availability and lower price. Variable levels of purity and the toxicity of other chemicals & drugs mixed with heroin on the black market also increases the risk of overdose.

Fact: Overdoses with opioid pharmaceuticals led to almost 17,000 deaths in 2011. Since 1999, opiate overdose deaths have increased 265% among men and 400% among women (Substance Abuse and Mental Health Services Administration).

Center for Disease Control and Prevention: The Health Consequences of Smoking

National Survey on Drug Use and Health: Hallucinogens and Dissociative Drugs

Pesticides and Cannabis: What You Need to Know